Waiting to cross Redfern Street, I look up at the post office clock tower. Since writing about suburban clocks I’ve been noticing them everywhere. Once you start paying attention to an element of the urban landscape, whatever it be – house names, closed-down video stores, boarded-up buildings – they appear with sometimes alarming frequency. It’s all there, waiting to be noticed.

The most common lamentation about old post office clocks around Sydney is that they are neglected and many have stopped, the hands fixed at a permanent 3:45 or 9:20. I’d had it in the back of my mind that the clock on Redfern post office was one of these. The building no longer houses the post office, which has relocated to a small shop across the street, leaving the grand Victorian building to other, more profitable businesses. Things have changed a lot in Redfern over the last decade, cafes and mid century modern furniture stores have appeared along Botany Road, houses on Eveleigh Street, once a no-go zone for the young professionals and middle class families now said to be attracted to the suburb, rent for more than $1000 a week. With all this change the post office clock, under its verdigris dome, is struggling to cope.

I check the time on my phone – it’s 3:30. I don’t expect the Redfern clock to be correct, rather to be halted at a random hour. I get a surprise as while it doesn’t show the right time it is not stopped at all, the opposite in fact. The minute hand is moving fast, keeping pace with the seconds. I watch as it races through 1 o’clock, then 2, then 3, onwards into the future. Like in the 1960 film of H.G. Wells’ The Time Machine, days and night passed me by, the sun arced across the sky, flowers opened and shut, snails raced past, small buildings were replaced by tall ones, then inexplicably all the people fled, the buildings fell into disrepair, wild creatures took over, and Redfern turned into a forest, as the hands of the clock continued to spin.

Most Sydney suburbs have some kind of public clock. There are the clocks atop of old post office or council buildings, there are clock tower monuments, there are less intentional civic timepieces, wall clocks in shops at the right angle to be visible to people passing by. Although almost everyone carries the time with them on phones or, for the traditionalists, a watch, there’s something unifying about a civic clock. The clock face draws our attention. We glance at the angle of the hands and for that moment are connected to a public sense of time. Even if, in the case of some suburban clocks, that time is a constant midnight or 3:45.

The most well known of Sydney’s suburban clocks is a relatively recent addition: the Oatley clock. Constructed in 1983 for the suburb’s 150th anniversary, it commemorates James Oatley, Sydney’s first clockmaker. In 1814 Oatley was found guilty of stealing two feather mattresses and for this was sent to Australia, where he would be soon pardoned and become the city’s first Keeper of Clocks. In 1833 Oatley was granted an area of forest in south Sydney, which he called Needwood Forest and which later became the suburb of Oatley. 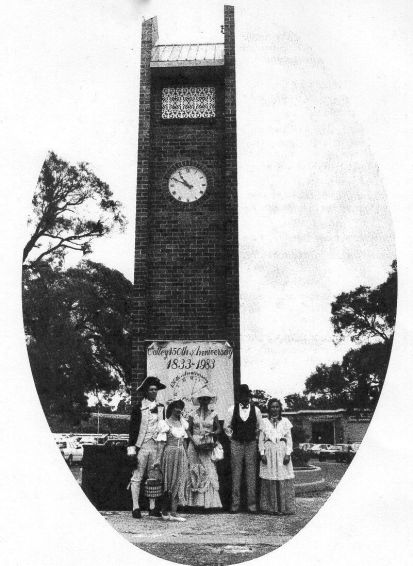 Oatley celebrates 150 years: from the cover of “Oatley Writes…”

150 years later crowds filled the Oatley streets as the new Oatley clock, housed in a brick tower in the centre of Frederick Street, was inaugurated. The Oatley Clock Festival was the culmination of months of celebrations which had included many events, among them a family bush dance, a Pageant of Bridal Gowns, bus tours of Oatley and a regatta on the Georges River near the Oatley Pleasure Grounds. Of all clocks in Sydney, the coming of the Oatley clock must surely have attracted the greatest celebration. 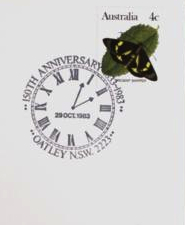 Since the festival in 1983 the clock has been the centrepiece of Oatley, although the annual Clock Festival has since changed its name to the Village Festival. Driving into Oatley, past the disused bowling greens alongside the railway line, and over the single lane bridge that crosses the tracks, there is a sign pointing to the shopping centre. The vinyl letters on it are curled from years of sunlight, but it still points the way to the Oatley shops and the clock. 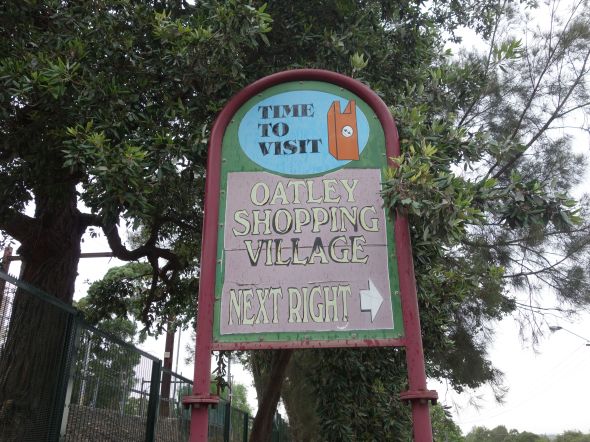 Oatley is a suburb of parks and pleasure grounds, the enigmatically named Neverfail Bay, bakeries on the main street with jam rolls and finger buns in the window. It’s one of Sydney’s middle suburbs, its 20th century cottages slowly being replaced by much bigger houses, its trees grown up tall. It’s a quiet place, bounded by the Georges River, not a place passed through to get to anywhere else. 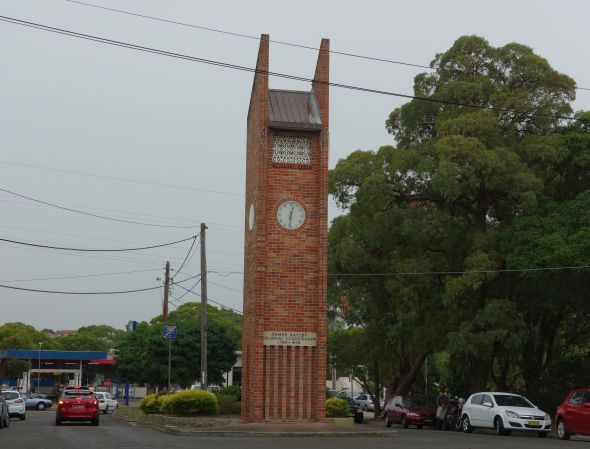 The clock is on its own island in the centre of Oatley, a garden of shrubs behind it. Parked at the kerb nearby is a man sharpening knives on a rotating stone mounted on the back of his motorbike. This small part of Oatley is place of clocks and tinkers. As I approach the clock, it chimes to announce 12:30, an electronic chime like there is someone inside playing a tune on an electronic keyboard. 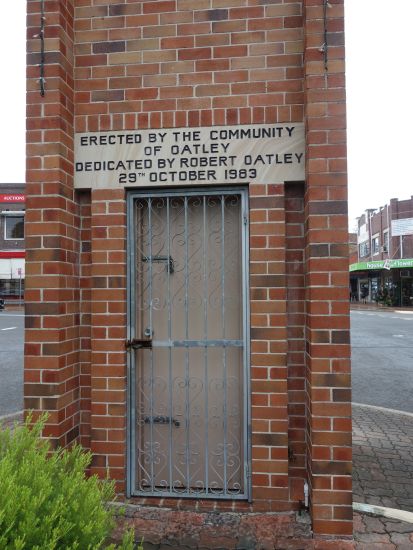 Upon inspection the clock tower shares a number of features with the old suburban houses in the surrounding streets. It has a corrugated metal roof and iron lace panelling near the top of the tower. At the back is a screen door locked with a padlock, and behind it a surprisingly ordinary door with a round aluminium doorknob, for the Oatley Keeper of Clocks to gain access for maintenance and daylight saving switchovers. The clock has a face on each side of the tower, modest white circles with Roman numerals marking out the hours. As large as it is, it is the kind of clock that I can imagine in the living room of a house, softly chiming out the time to the rooms of the house around it. 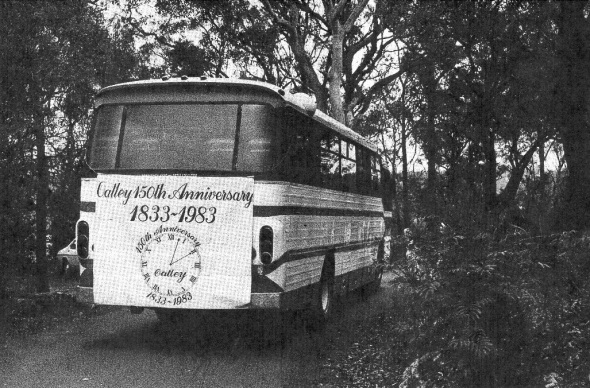 Start looking for suburban clocks and, like anything you focus attention on, more will appear. A few days after visiting Oatley I was heading along Victoria Road, a road I have travelled countless times, when I passed by another prominent, but less celebrated, suburban clock. 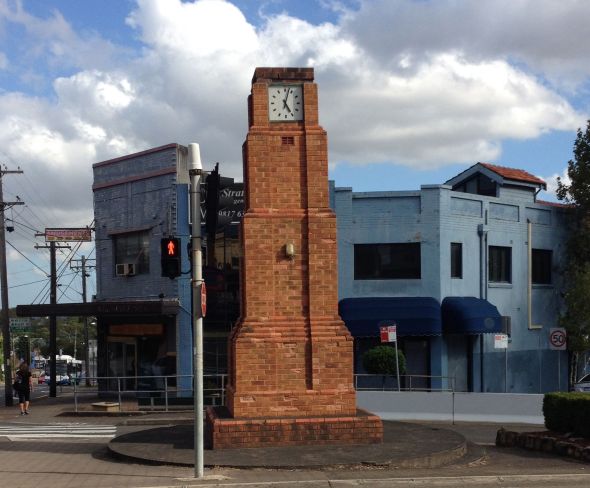 The Gladesville clock arose from its concrete island near the corner of Victoria Road and Wharf Road in 1941. It was dedicated in the memory of Alderman James Sheridan, who had died during the clock’s construction, although according to the council website it was primarily constructed as a “traffic separation device”. It’s much less grand than the Oatley clock and has never had a festival in its honour, but it is seen by the tens of thousands of people who travel along Victoria road every day. Like the Oatley clock, there is a small garden of shrubs at the foot of the tower, and in the tower’s base a padlocked door, just big enough for a person to climb in and attend to the mechanism. Near the Gladesville clock is an almost empty corner building with a fading chalk sign reading “Save Our Suburbs”. An old neon on the roof advertises “amusements”; almost certainly this will soon be the site of a new development. 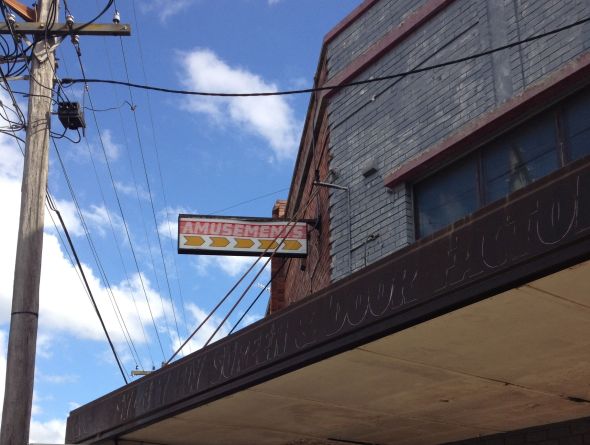 Gladesville has another civic clock only a few hundred metres away. This clock is a Seiko with a face like an oversized pocket watch. It is in the centre of Trim Place, the town square, planted within a circle of bricks on the pavement. At the centre is the plaque for the time capsule that is interred underneath. Buried there in 1986, the capsule is due to be opened in 2036, revealing, no doubt, the antique newspapers, floppy discs and paper currency that passed as everyday objects only fifty years before. 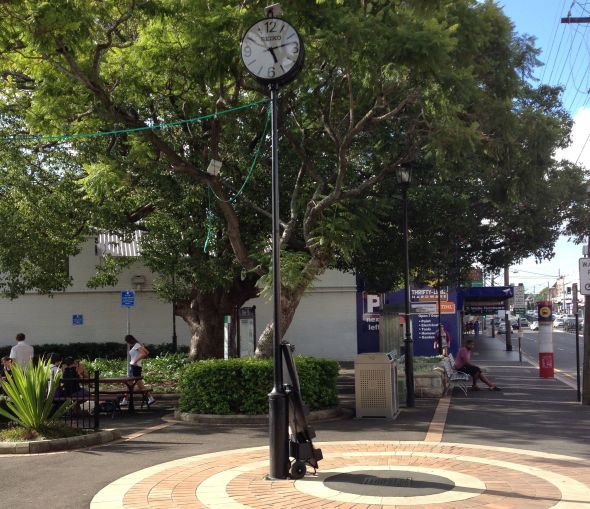 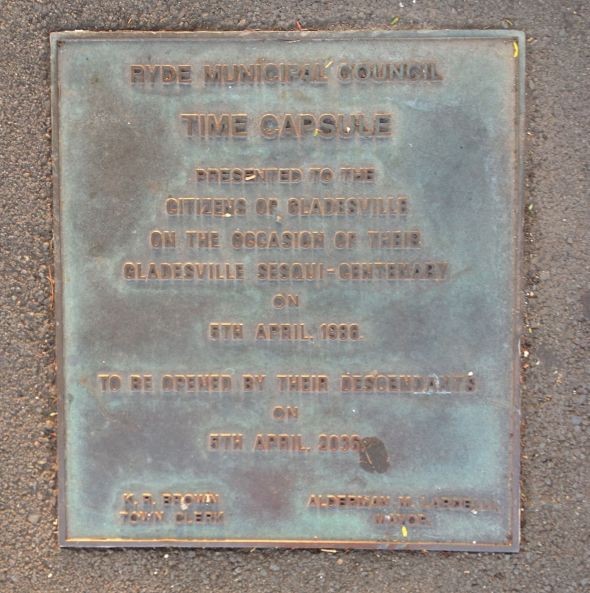 Not all suburban clocks keep good time. Some, like the Burwood post office clock (9:30) and the Newtown post office clock (3:45) are notoriously defunct. In 2012 the Sydney Morning Herald published an article about the “curse” of “dead clocks and their message of hopeless neglect”, including among them the surf club clocks of Manly and Cronulla and various post office and church clocks. It’s not so much a case of neglect for the church clocks, however. “The parishioners are getting older and can’t get up into the tower and they can’t wind them up any more,” explained a master clockmaker called upon to give his opinion on the situation.

In Paris in 2006 Untergunther, a chapter of the underground group UX, secretly restored the clock in the Panthéon. Unknown to the administration or security of the building they set up a workshop high up in the dome and over a period of months set about restoring the clock. They were successful and the clock chimed out the hours again – only to be stopped again by the building’s management, who took great offence at the clock being fixed in secret and took Untergunther to court over their actions. In the UK there’s a group dedicated to finding and fixing all of Britain’s stopped clocks. Tentative plans for a Sydney chapter have been put forward too. Perhaps Sydney needs to reintroduce a Keeper of Clocks.

In the Wired article about the Panthéon clock restoration, the clock is likened to a heart. It’s a common metaphor; there is something deathly about a stopped clock. Sydney’s stopped suburban clocks don’t quite seem dead to me though, more obstinate, confusing the unwary and revealing the apathy that can arise about old things and familiar places. Clocks, like gardens, are animate things that need our attention to keep them in order. The stopped clocks give us a glimpse of a Sydney in ruins, without anyone to impose time upon it. The gardens have run wild and the clocks have stopped. A city where is no one to unlock the padlock and climb up into the tower, and start everything going again. 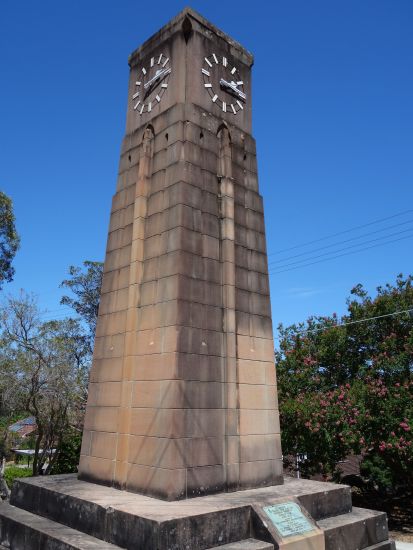 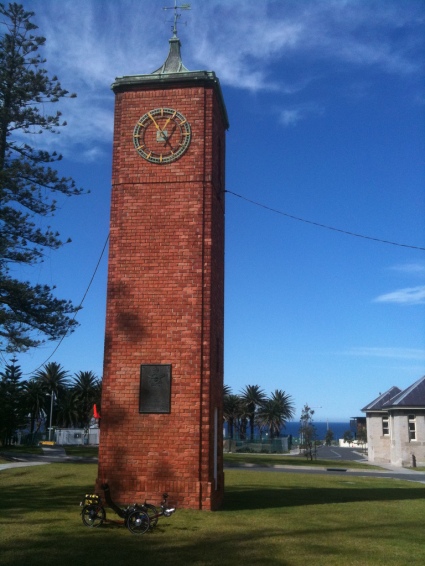 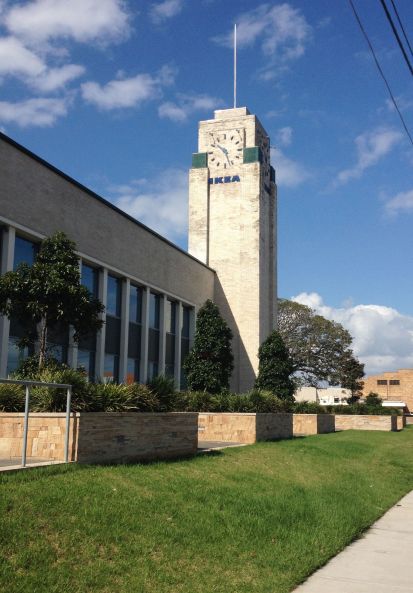 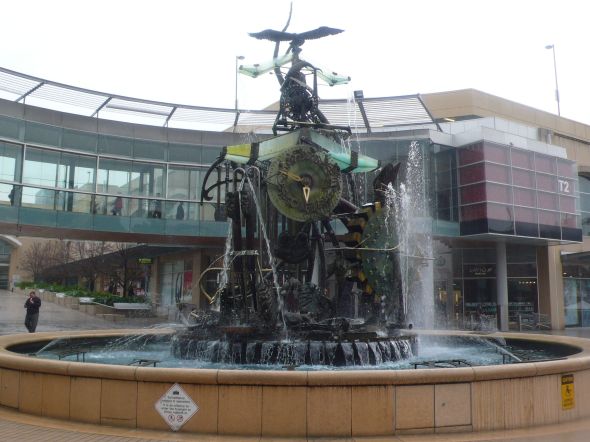 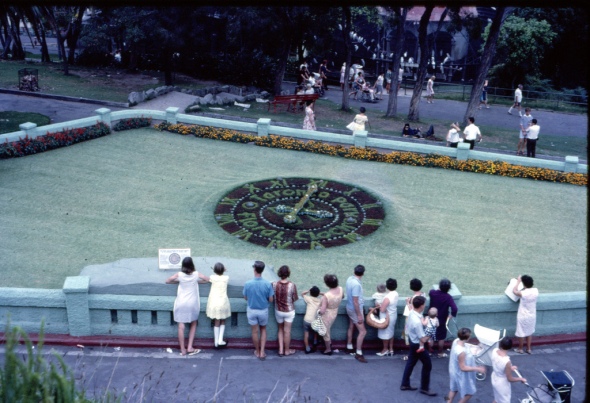