The sun rises above the office buildings at the corner of Elizabeth Street and Martin Place. It is an urban sun, spherical and grey and held up by four columns, mounted on the rooftop of a gothic office building. 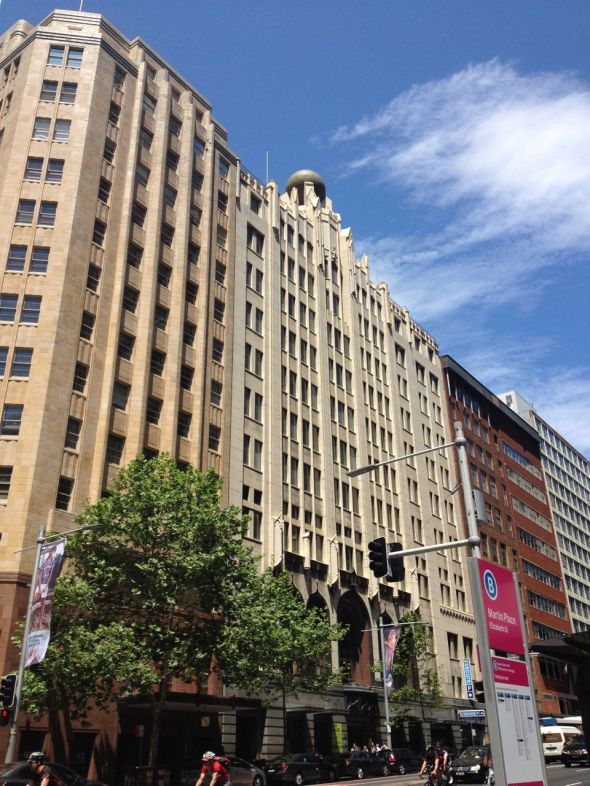 I didn’t recognise it as a sun at first. I was loitering at the barrier above where the Martin Place Shopping Circle, an arcade of small shops, is visible below the level of the street. As mundane as the view into the Martin Place Shopping Circle is – a baguette cafe, a McDonalds – I like it for its view into the underground world, like a circle of street has been lifted off to reveal what lies beneath.

Today, though, rather than look down, I was looking up. Even the most casual of suburban explorers knows that there are rich rewards for those who look up as they walk around the city. There’s a whole archive up above street level: ghost signs, architectural details, weird adornments.

Although I have a keen eye for all things gothic I’d not noticed the building across Elizabeth Street before, with its pointed arches and decorative columns. My eye travelled up the facade until it reached the top, where it stopped at the large grey sphere above the central tower.

In 1929, this sphere was painted gold, as it was the symbol of the palatial new Sun Newspaper building at 60 Elizabeth Street. The 1920s was a busy and competitive time for newspapers in Sydney. There were four morning newspapers, two afternoon ones, and four Sunday papers, all with a large range of staff from the reporters to the printers to the drivers of the delivery vans. 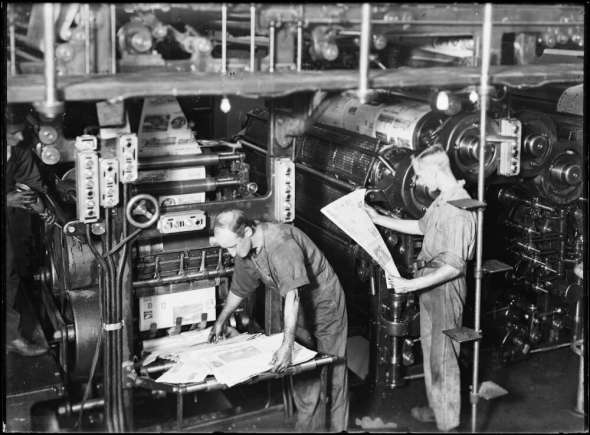 Two men looking at newspapers straight out of the press machinery at the Sun Newspaper, 1930s. Photo: NLA.

The opening of the Sun Building in October 1929 was a lavish occasion, with the Governor (who had the unusual name of Sir Dudley de Chair) being presented with a golden master key, and the Sun’s chairman announcing the history of the Sun newspaper as “one of the romances of the newspaper world”.

In 1929 the Sun Building was a striking addition to Elizabeth street, at ten stories high with its gold sphere catching the sunlight on top. The Melbourne Argus reported the sun to be “visible for several miles”. Exactly how long the sun shone for before receiving its coat of grey paint, I’m not sure. The Sun newspaper was acquired by Fairfax in 1953 and the building sold for $1.1 million the year after, to become the offices of GIO insurance.

Now it’s a building of mixed offices, like so many others in Sydney. On the ground floor there’s a For Lease sign for the shop on the left hand side, and on the other side is the showroom for Percy Marks jewellers. This seems fitting, what with the sun ten storeys up, set into the roof of the building like an immense, grey pearl. 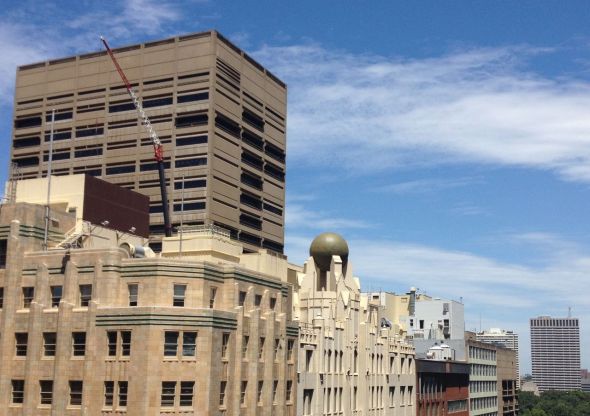