The Layers of Eastlakes Shopping Centre

Outside Eastlakes Shopping Centre Santa Claus is telling jokes to the construction workers, who are sitting resting under the plane trees that shade the entrance. He’s been on a circuit of the centre: waving to the people buying scratch lottery tickets in the newsagency and the men sitting in their permanent, coffee-drinking positions outside ‘Healthy Alternative’, the cafe at the front of the shopping centre.

I’m at Healthy Alternative too, but sitting inside, looking out through the letters of the slogan painted on the window – Gourmet Takeaway By Day, The Best Pizza By Night – as I eat my “Birth of Venus” sandwich. The cafe has a Renaissance theme, the chalkboards decorated with iconic artworks of the period given a sandwich-and-pizza twist. In the Sistine-Chapel-ceiling Creation scene God hands Adam a slice of pizza. On the adjacent board Michelangelo’s David holds a sandwich he has just taken a bite out of. On the chalkboard listing the drinks, Leonardo da Vinci’s Vitruvian Man grasps a beverage in each of his four hands.

The construction site I can see across the road used to be an additional section of the shopping centre, until it was demolished earlier this year in the first stage of the redevelopment plan. The main Eastlakes Shopping Centre, this perfect 1980s time capsule, has a reprieve until 2019. New slick signs have appeared at the entrance, promising “A fresh start. A new opportunity”, paired with an image of a pair of brown leather shoes, a camera, watch and belt. This must be the garb of the corporate giant responsible.

Eastlakes Shopping Centre wears this slick image like an uncomfortable uniform. Despite the surface changes, and inside the addition of brocade armchairs and feature walls of imitation greenery, Eastlakes is a trip back in time. The centre was built in 1964 as The Lakes shopping centre, along with the red brick apartment buildings and public housing blocks that surround it, on land that was previously Rosebery Racecourse. The suburb itself is built on the Kamaygal land to the north of Botany Bay: half of it is former swampland that was, for a century, the source of the city’s water supply. Now the dams are ponds within the Eastlakes golf course, on the other side of Southern Cross Drive, which slices through the centre of the suburb.

The shopping centre holds the 1980s like a genie in a bottle. The soundtrack, piped throughout, is a continuous blend of 1980s favourites: “Drive” by The Cars, or “Missing You” by John Waite, or “With or Without You” by U2, or “Don’t Know Much” by Linda Ronstadt or any other over-produced, atmosphere-and-synthesiser drenched song you could name. With the mood suitably set, you are then ready to follow the path set out by the floor tiles, a contrasting pattern of brown linoleum which zigzags out every five metres.

The zigzag path leads through Eastlakes’ collection of delicatessens, speciality grocers, bargain stores, and businesses that have changed little for thirty, some fifty, years. At the back of the centre is Super Scissors, an 80s time capsule of primary-coloured shelving, the window guarded by pictures of women with short, angular hairstyles and icy looks.

Despite its sparse decoration, whenever I’ve been passed Super Scissors there’s a haircut-in-progress, and someone waiting on the bench underneath a joke plaque: “sorry to keep you waiting but we are a bit tied up”, with a cartoon of a man tightly bound in many loops of rope, baring his teeth like an angry horse.

On the way to Super Scissors is a row of claw machines, with toys and chocolate bars trapped inside. There also used to also be a weighing scale which offered a ticket printed with your weight and an inspirational quote. The public weigh-scale is an under-utilised contraption, the kind I feel an innate sympathy for. When I took pity on it I felt self conscious slipping my shoes off and standing on the scale to await the result, but I was rewarded by a quote from Voltaire.

Now it has been replaced by a smaller, digital equivalent, parked beside the chamber of fun-size bars in the Chocolate Factory machine.

Eastlakes shopping centre is a busy place, irrespective of its time-capsule nature. I wonder if, in part, this is because it’s comfortable: worn-in and familiar, an extension of home. Groups of men sit for hours on the brocade chairs, worry beads in their hands, continuing a daily conversation that has spanned years. Before the enhancement of the lounge chairs they’d sat on the benches outside the supermarket and had the same discussions.

Underneath the social ecosystem of Eastlakes Shopping Centre I notice its slow transition into the 21st century. Mostly this means the removal of signs and contraptions: The Super Flipp marble pinball game outside the BKK Supermarket (BKK was the centre’s former name)  is gone, for example, as are the video stores. 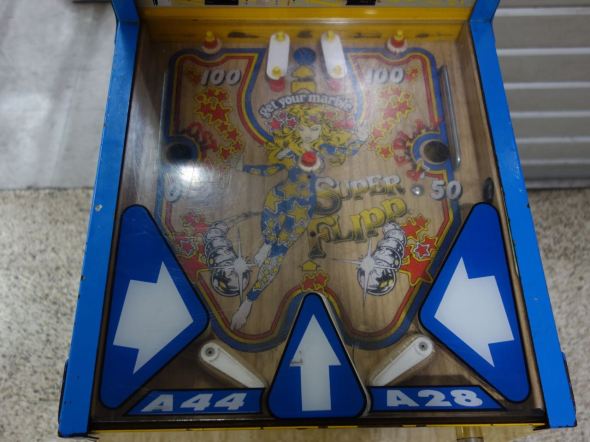 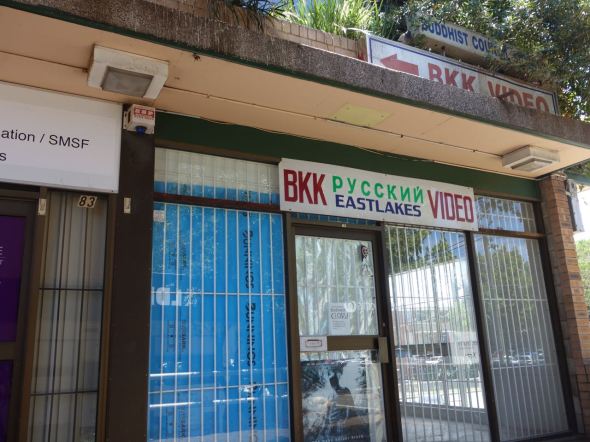 The Florist sign – a match for Elizabeth Bay Deli – with its curling font and seven digit phone number, has been replaced although the pink and blue teddy bears still watch on from the shelf at the back of the store.

Also replaced is the Eastlakes Sausage, which the deli retired a few years ago in favour of more contemporary signage.

Much, however, has stayed the same. The tiny office of the tax accounts has its framed certificates on the cinder block walls and rows of filing cabinets, as ever.

For clothing, although Jox and Sox is gone, there is still Trendy of Eastlakes.

In the west wing of the centre is the sugary island that is Super Donuts.

Unlike the “whipped milk drinks” (the sign has been removed: you can probably still get a milkshake, though)

And, around the corner from Super Donuts is Unik Fashion and Junior Wear, with its window display of children’s formal clothes, tiny wedding dresses and suits like adult dreams shrunk into miniature.

Things will change slowly here until they change quickly. But I don’t want to think too closely about it; to me Eastlakes is beautiful just as it is.

Santa Claus is back on his throne now, outside of Budget Beaters discount supermarket, and a crying baby is being lifted onto his lap. What’s his name? Santa asks. “Noah,” his mum replies. As I watch her holding her phone out to take a selfie of the three of them, I imagine a future, adult Noah looking at this photo. It’s Christmas in 2040 and places like Eastlakes Shopping Centre are long-gone. The city has been remade. But its old places are held here and there, in snippets, in memories. 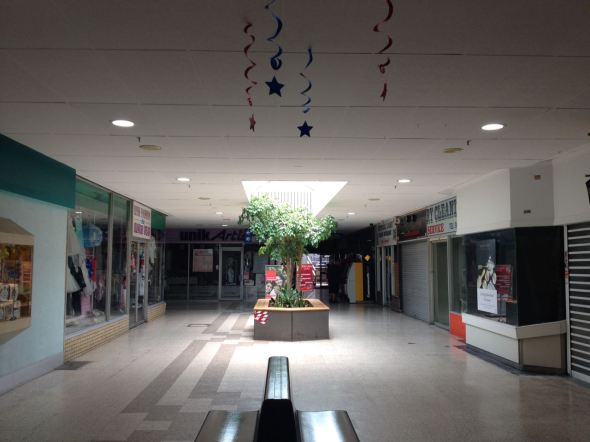 9 Comments on “The Layers of Eastlakes Shopping Centre”