End of Year Message from the Corner 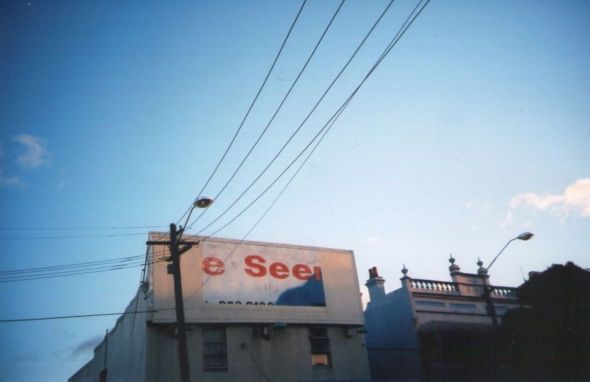 For years the billboard on the corner said E SEE, the B and N on either side unexplicably painted over.

I’ve always liked this corner. The largest of the buildings was a mysterious nightclub with unusual, irregular oval recesses, large enough to stand in, on the exterior. Although I never saw it open the club changed its name every now and again, one day Club Ole, the next Hibiscus Club. For a while the entrance featured photographs of the nightclub patrons, corners curling, colours fading. The shops to either side of the club were fading too, host to computer repair, upholstery, catering equipment.

Now the buildings are empty and awaiting demolition. The awnings have been taken down, giving the facade a bald, patchwork appearance. At the back the site has been surrounded by fences which enclose the remains of the buildings and the growing piles of debris. Instead of E SEE, the billboard advertises the new development that is to be built here. “Your new home (re)vealed”, it promises, leaving me to wonder what being vealed involves. 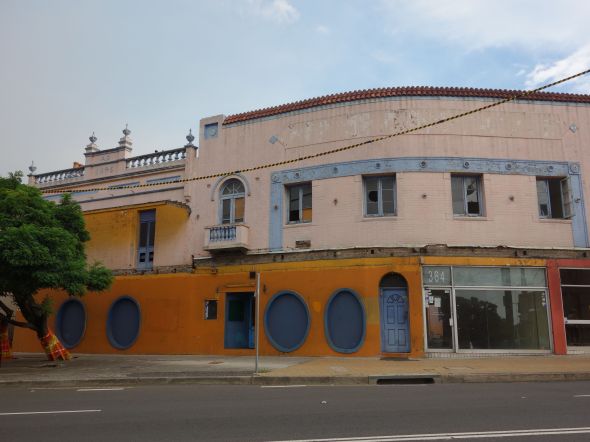 For now it’s the local ruin, an empty, ragged place to look for when passing by and to fill with  imaginings. While I’m sad to see the end of old places with their layers and patina, the process of their disappearance makes me consider change: its inevitability and what it uncovers. Histories and stories, memories and myths, speculation, urban strangeness. The things we notice and the things we don’t, until our attention is drawn to them. 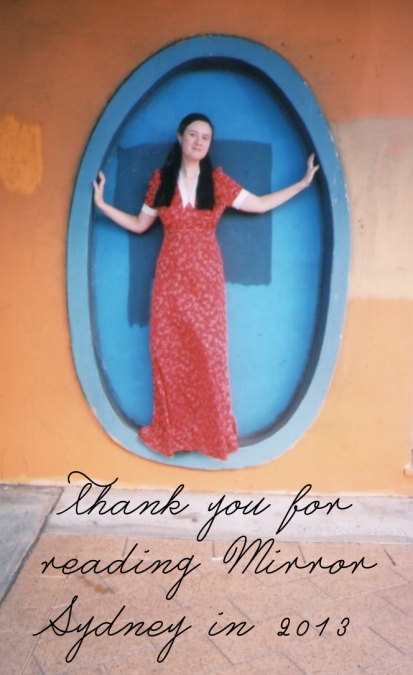 3 Comments on “End of Year Message from the Corner”