← Ancient Egypt in Petersham: the Egyptian Room at the Masonic Centre
Newtown in the 1990s Map →

The Mystery of the Marie Louise 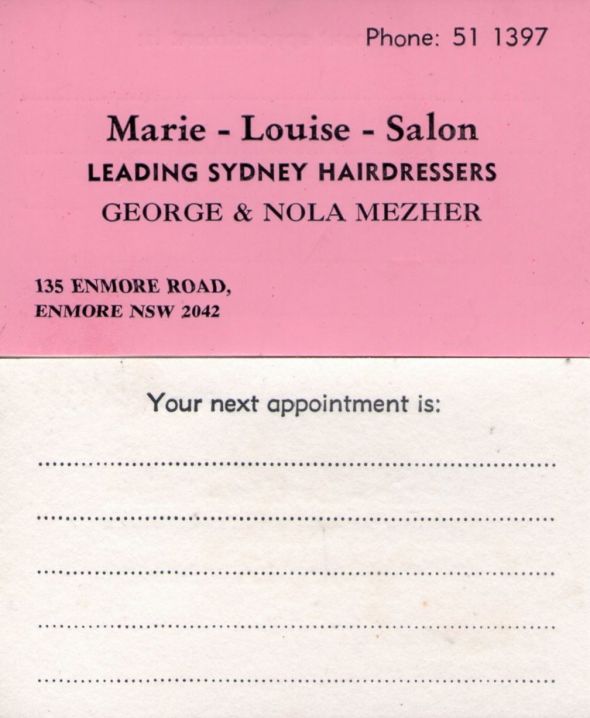 The Marie Louise Salon has been closed for a long time, but it was still a surprise when For Sale signs went up in the windows in June. Marie Louise has remained a constant while Enmore Road has changed around it, cafes and restaurants shuffling in and out. The pink door of the salon was never open and the curtains behind the display windows ensured that there was not even a glimpse of the interior visible from the street. I wrote about it as a memorial store, in memory of a time past and of a person, in this case Nola Mezher, who had run the salon with her brother George and passed away in 2009. 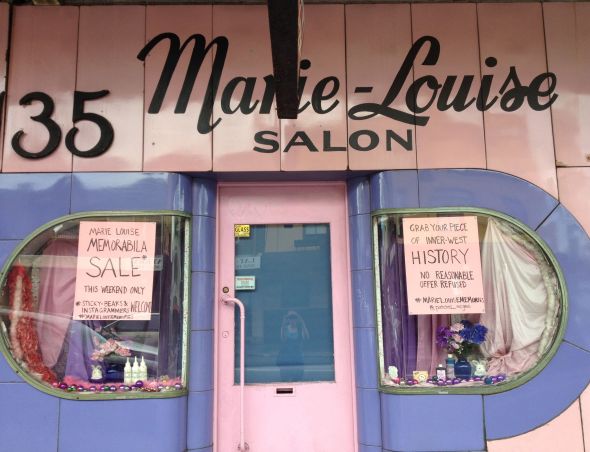 This weekend new signs were up in the window. Before the salon is to be renovated it is open for one last weekend. Everything inside is being sold, the big old hairdryer chairs, the bottles of Fanci-full rinse. The sign encouraged sticky beaks and instagrammers, anyone wanting a last look inside and a Marie Louise souvenir.

I’d been inside the Marie-Louise while it was operating as a salon and had my hair cut there, but for many it was their first look inside the shop they’d walked past countless times. Not the woman who I chatted to as we waited for the doors to open, who’d lived in Enmore since the 1970s and used to come to the salon regularly. She told me that at one time Nola had kept ducklings in a bathtub in the salon – in the days I visited, Nola had a white cockatoo that paraded around the room, but at the command “go to bed” would stop and tuck its head under its wing. She also told me that one of her friends was a hair model and would sit at the window of Marie Louise, reading a magazine and posing as Nola worked on her hair.

It was the start of the day and gradual dismantlement of the salon had only just begun. The pink clocks were still on the wall. There was a lot to look at: trays of hair rollers, ancient hair care products, fake flowers in vases, pink and mauve curtains over the mirrors where woman had sat watching Nola work on their hair. People explored the room, picking out souvenirs. It was sad that this was the end of the salon and it was gradually being disassembled, but at least we got to say goodbye, to take a peek behind the pink and purple facade, and take home a bottle of blue rinse to remember the Marie Louise by. 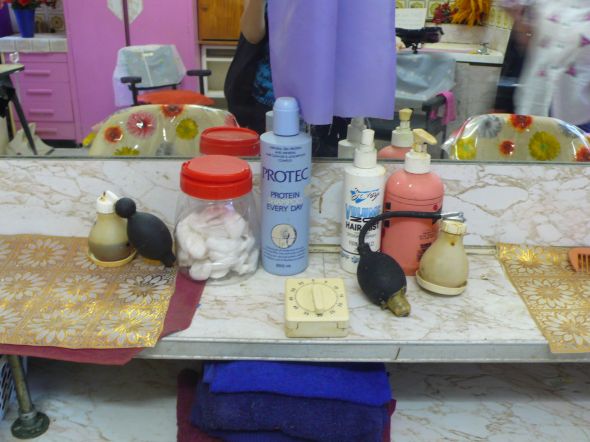 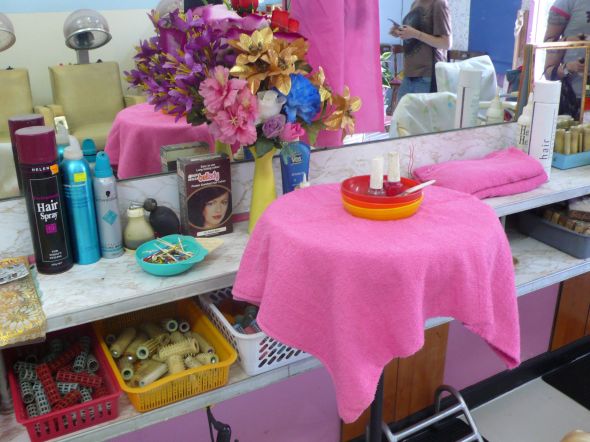 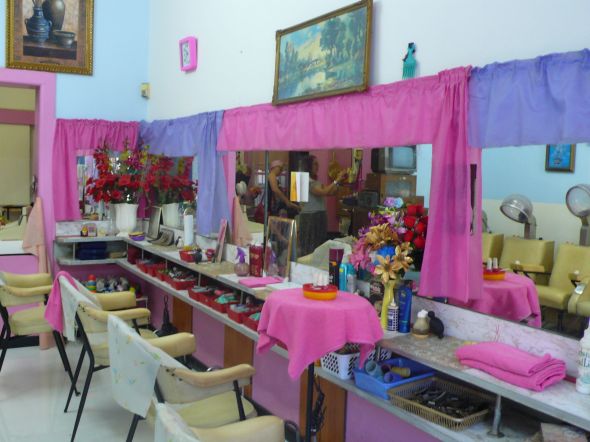 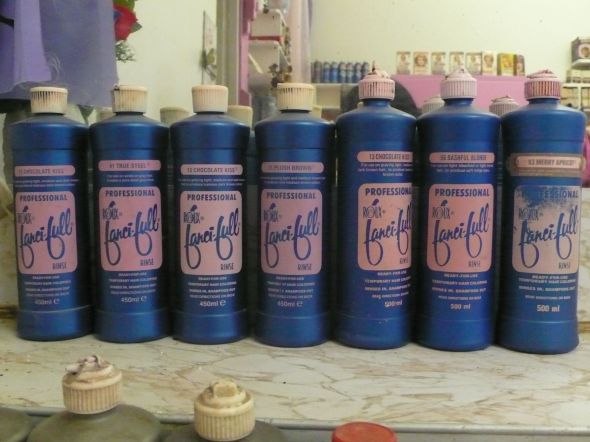 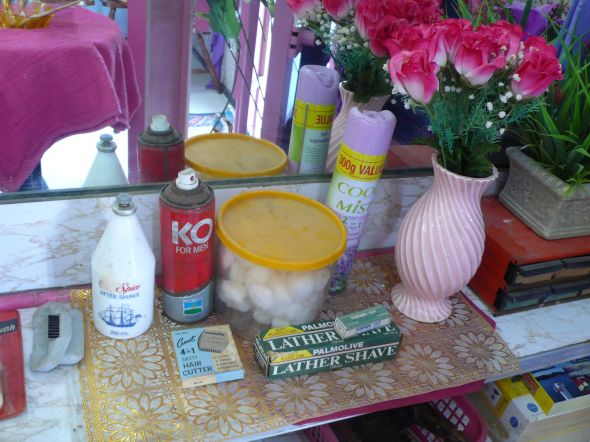 4 Comments on “The Mystery of the Marie Louise”